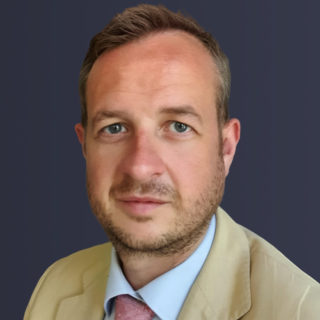 Mark Henderson is a project manager and trade negotiator with 15 years’ experience of working with and for the WTO, the European Commission and the Chinese government.

He has negotiated the first reference to the Paris Agreement on climate change in a major trade agreement – the Japan EU Economic Partnership Agreement, in which he was the lead negotiator during the conclusion of the chapter on trade and sustainable development on trade and labour rights and environmental protection. He also negotiated the EU’s trade inputs in the SDG negotiations at the UN and supported the chief negotiator during the conclusion of UNCTAD XIV in Nairobi.

He is at his best when facilitating collaboration within and between organisations and individuals to achieve agreed goals.

Since August 2018 Mark has been working to support developing and LDC Members on the implementation of the Trade Facilitation Agreement at the WTO.

Mark has more than 15 years’ experience of delivering technical assistance and project management in trade and development issues in the UK, Beijing, Brussels and Geneva.

From 2013-2018 Mark was responsible for the trade and development policy of the European Commission, working at the Directorate General for Trade.

Mark has negotiating experience in the multilateral context having been responsible for EU trade inputs to the UN 2030 Agenda on sustainable Development and at the bilateral level, he was lead negotiator for the Trade and Sustainable Development Chapter of the recently concluded Japan EU Economic Partnership Agreement including the first reference to the Paris Agreement on Climate Change in an FTA.